Who would have thought that in 2017 a 2D run-and-gun game could be so much fun? A lot of people had their doubts, but studio MDHR has done a truly amazing job with Cuphead. The game is taking the world by storm and seems ready to break some serious records. Why is it so popular? Let’s have a look.

When it was first announced in 2014, Cuphead promised a 1930s cartoon art style that got a lot of attention. Unfortunately, players had to wait three years for the game to be published. Some even lost hope in 2016 when there was close to no info about the game online. It finally launched on September 29 of 2017 and has been a smash hit. 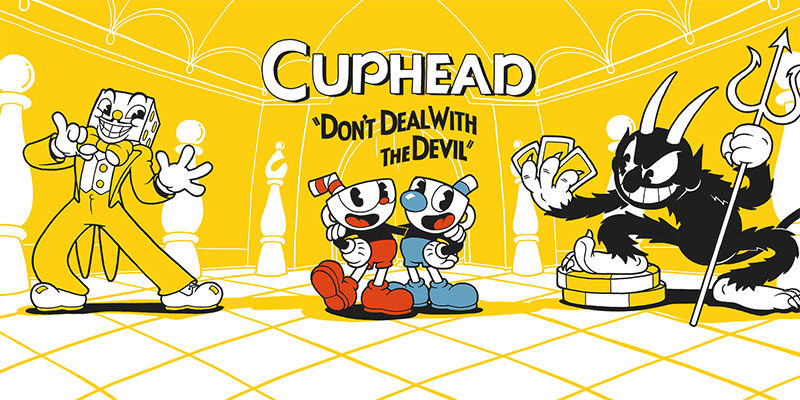 The game looks even better than we could have hoped, and it is much harder than we could have guessed. Cuphead has set a new standard when it comes to difficulty, and people will probably have to rephrase the “Dark Souls of X” to “The Cuphead of X.” The game itself focuses mostly on boss fights. Classic levels are rare, and you only play them to collect coins that are spent on upgrades.

The boss fights are a story all on their own. I had a chance to play the game and called it a day after I had finished about five bosses. It took me about three hours to get past those five bosses on regular difficulty. The game makes you learn the patterns of boss attacks, but even if you know them all, it can still feel impossible to dodge them all.

Cuphead is hard and nerve-wracking, so what makes it so special?

Cuphead is a unique title that gives new meaning to video games as a whole. The art style is one of a kind. The team has captured the 1930s cartoon theme in the best possible way, and they’ve also made players realize how bad at gaming they really are. Another benefit: in the age of the microtransaction – witgh for example, cosmetics that you can buy for real money in full priced games – Cuphead comes out with a $20 price tag and for that you get everything. All of this has resulted in great review scores. The game is currently at 10/10 on Steam and has an 86 score on Metacritic.

With over 100,000 copies sold on Steam in the first 3 days and a ton of active players, Cuphead is on its way to set some serious records and break a lot of controllers in the process. Maybe big studios that highly depend on in-game currency and microtransactions will learn a thing or two from studio MDHR. As they have proven, good games can be made without additional monetization; you just have to put a lot of work into the creative process and give the players what they really want. Polished, finished games with a single price. Is that so hard?

If you liked this article then you'll love our newsletter!

Join us to receive hilarious memes, photo galleries, tips&tricks, and the best games!